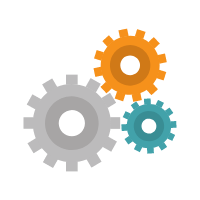 When you start noticing that your vehicle is struggling, it can be a hard pill to swallow. However, over time, you have to come to grips with the fact that the car might need a little more help than you were prepared to offer when it started. On this blog, you will have the chance to learn about auto service and how spotting issues early can really help. After all, it takes a keen eye and a listening ear to notice changes with your vehicle, but when you do, you may be able to protect your family and your budget.

Every car will eventually need some level of brake service. It's a good idea for motorists to understand the basic problems that a brake repair shop can deal with. These four issues are among the most common concerns that drivers should be on the lookout for.

For the vast majority of vehicles, this is likely to be the most common brake work they'll require. Pads are made of some mixture of metals and graphite, creating a slightly brittle surface that slowly wears away as the brakes are repeatedly used. This ensures that the metal of the discs or drums in the brake system don't overheat and fuse with other components, a situation that would cause the entire configuration to seize up.

Worn brake pads are usually evidenced by a chirping or squealing noise coming from the wheel area. As this gets louder, it becomes more urgent to have the brakes checked.

The same issues apply to the drums and discs that are attached to the car's axles. These are made from denser metals that the pads, and consequently, the drums and discs generally wear down much more slowly as long as the pads are regularly replaced. Grinding and squealing sounds are most indicative of issues with drums and discs.

Among the most worrisome issues a brake system can have is the loss of fluid when lines have gotten holes in them or become disconnected. This is evidenced by patches of fluid on the ground. The fluids are usually dark-colored, and the stains are typically located close to the wheels. In the worst-case scenario, you will see fluid shoot out when you look under the car while someone presses the brakes.

The hydraulic activation process that underpins braking as a process is performed through a component called a caliper. This causes the pads to press against the drums or discs, producing friction and ultimately causing the axles to slow down or completely stop turning.

Calipers can get stuck after being used too many times or exposed to things like road salt in wintry environments. You'll notice two things when a caliper is stuck. First, the car will simply feel a little more sluggish because it's fighting against the brakes to get up to speed. Second, your vehicle's fuel economy will drop noticeably, too. Notably, you may also see some of the signs of brake pads, drums, and discs wearing down.